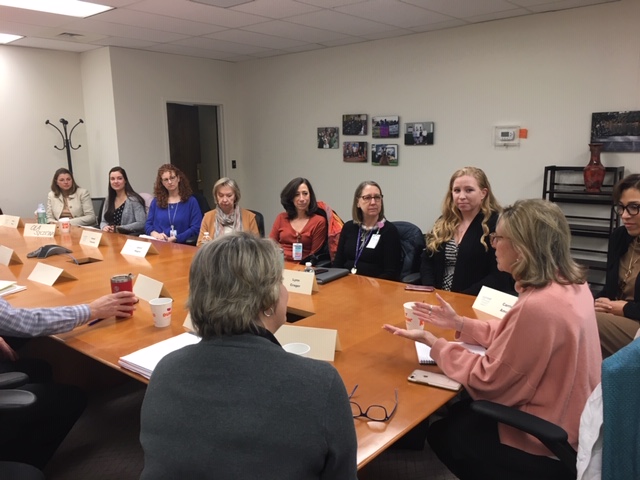 This week, the Age Well Community Council met with State Senator Julie Kushner to discuss this year’s legislative priorities as they pertain to seniors and aging well in Connecticut. Senator Kushner, a resident of Danbury, was elected in 2018 to represent Danbury, New Fairfield, Sherman, and a portion of Bethel.

Last year, Senator Kushner led the successful passage of the statewide paid family and medical leave program. This bill pertains to seniors in that residents are now able to take paid leave for a sick family member, making it possible for individuals to take care of elderly relatives without worrying about how to pay bills or put food on the table. After the passage of this program, State Senator Kushner was honored with a “game changer” award by the organization Family Values at Work in Washington D.C. in 2019, along with State Representative Porter, for their work leading passage of Connecticut’s Paid Family and Medical Leave Program in 2019. 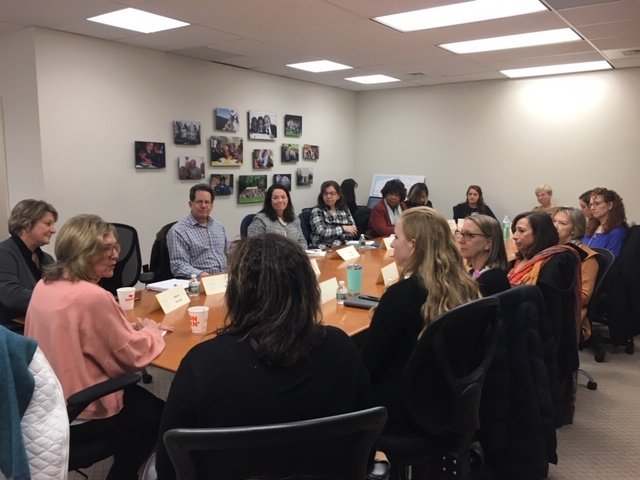 This year, a top priority for Senator Kushner in regard to seniors is the reintroduction of an anti-age discrimination bill that would close a costly loophole for seniors when it comes to employment opportunities. Today, many employers post job listings online and ask for information regarding the applicant’s date of birth or graduation dates, which ultimately makes it more difficult for older workers to get a fair shot in the hiring process.

Often times, older adults find it hard to get hired and are forced to take jobs below their skill level in order to pay their bills. Senator Kushner explained that rather than viewing older workers in a negative way, we should be looking at them as assets to our workforce. In this anti-age discrimination bill, preventing employers from asking about job applicants’ ages would make it more possible for older workers to get a foot in the door for an in-person interview. From there, applicants would have a fair chance to be evaluated on their skills and enthusiasm.

We thank State Senator Julie Kushner for coming to our Age Well Community Council meeting to discuss this vital issue for our community. We look forward to supporting this important new bill this legislative session!

“Today we’re announcing our intention to make a real difference for older workers in Connecticut. They should be evaluated on the merits of their skills and experience. When an employer does that, Connecticut businesses are going to find a wealth of talent in the pool of older applicants. To rule someone out simply because of their age is not only wrong, it’s also bad for businesses.” – State Senator Julie Kushner

State Senator Julie Kushner
Democratic State Senator Julie Kushner was elected on Tuesday, November 6, 2018 to represent the 103,000 residents of the 24thState Senate District towns of Danbury, New Fairfield, Sherman, and a portion of Bethel. In the Connecticut General Assembly, she is Senate Chair of the Labor & Public Employees Committee, Vice-Chair of the Environment Committee, and a member of the Appropriations, Education, Executive & Legislative Nominations, and Housing committees.
Learn more here.

THE BENEFITS OF JUICING TO STAY HEALTHY YEAR ROUND

STORIES OF TRUE LOVE THAT WILL TOUCH YOUR HEART

"How I Met the Love of My Life" Eight romantic tales of finding 'the one' that will touch your heart. There are as many “how we met” stories as there are couples. Some aren’t so surprising: You find each other…