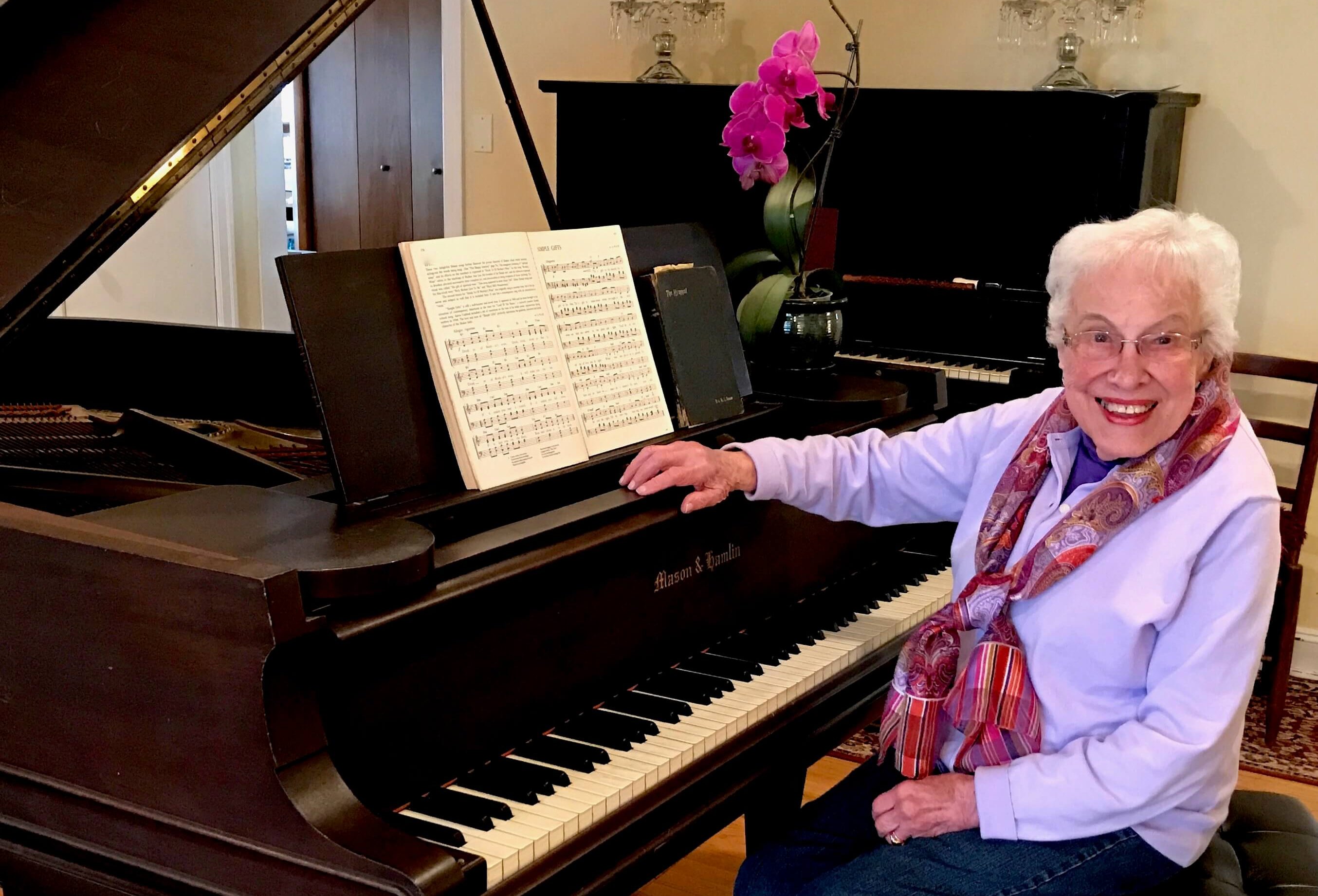 Alberta at the age of 89 narrated a beautiful story of her life, – a melody of family, music and religion. Here is Alberta’s story.

My husband, Henry, was exceedingly supportive of his entire family, starting with me. After staying home to raise our children, I had a full career teaching music in a school system. Henry was an electrical engineer, a genius who wrote many articles and spoke around the country. He was a very sweet man who didn’t like confrontation. Life was pretty peaceful.

About five years ago, Henry was diagnosed with Parkinson’s Disease, a chronic and progressive motor disorder which was further complicated by diabetes. To meet his care needs, eligibility for Medicaid/Connecticut Home Care Program for Elders was established with help from Connecticut Community Care (CCCI). Soon his health status deteriorated rapidly, so CCCI coordinated hospice care.

We kept Henry home with hospice, as we had decided that putting him in a nursing home just wouldn’t have worked. Hospice was marvelous. These workers became members of the family. A woman named Jennifer was particularly attentive and dear to us. She would open our front door and yell – “Enry, I’m home.” When the doctor told us Henry only had hours left, our children and close friends came over. We gathered around Henry’s bed and sang hymns, in four parts. After about 45 minutes, Henry took his last breath. And of course, our favorite hospice worker, Jennifer, was with us.

What continues to bring joy to my days is my children and grandchildren and playing hymns on my piano.

You see I was raised in a home where we sang hymns every night with my parents. It even became my focus of study in college. Recently, my fingers would lock and I could no longer play. This was very distressing. A doctor had suggested that perhaps surgery could fix it. Eventually, I was directed to an occupational therapist who gave me bands for my fingers. These, inexpensive bands paid for by Medicare, worked miracles. Happily, I am able to play the piano again.

Learn more about these programs:

HOW ENERGY ASSISTANCE PROGRAMS CAN HELP

Heating one's home during the winter season can be quite costly. You might qualify for assistance from the state through the Connecticut Energy Assistance Program. Energy Assistance is a program that assists eligible participants with their primary source of heat,…